Anthony Pettis is purebred champion. The former lightweight titlist shocked the world once more back in March when he knocked out welterweight staple, Stephen Thompson. Already “the man” from the Tony Ferguson fight, Anthony Pettis rode the wave into an even higher echelon of super stardom. Now, his attention turns to Nate Diaz, another UFC mega star. Diaz hopes to cash in on Pettis’ wave of popularity. Anthony Pettis has other plans.

Outside of the cage, Pettis is a normal guy.

“I hang out with my daughter and spend time with my family. I have businesses such as barbershops, gyms, all that kind of stuff,” says Pettis. But, he knows where his bread is buttered.

“I work on trying to keep my mind straight and focus on fighting.”

Pettis has now has competed in three weight classes. Originally at 155, Pettis moved down to 145 to make a run at the strap, eventually fighting for an interim title. Now, Pettis has his eyes set on 170.

“Welterweight is just more natural for me. I walk around at about 185-190 pounds.” Anthony Pettis is huge for 155 and that was part of his success in the division.

Anthony Pettis’ wild off the cage knockout of Wonderboy Thompson was one of the best knockouts of 2019. Pettis embraced the challenge of fighting Thompson.

“It’s a matchup that I’ve always wanted. He’s karate based and I come from a taekwondo background and it was a fun fight.” A fun fight indeed. “Showtime” showed his face and Anthony Pettis made yet another highlight.

As for the welterweight division, although he has big ambitions, it’s not set in stone. Pettis says, “I’m just gonna take it one fight at a time, I think I was just to focused on the belts and trying to get back to where I was before. With a win over Diaz, I believe this puts me in a position to pick whatever I want.”

It seems as if Anthony Pettis has found his new home. “I feel comfortable at welterweight. I walk around at 185-190 pounds. I could make weight Friday if I wanted to.”

There’s a bit of beef between Pettis and Nate Diaz. “I believe Nate was jealous because I was the champion making a lot of money and also being on the Wheaties box.” 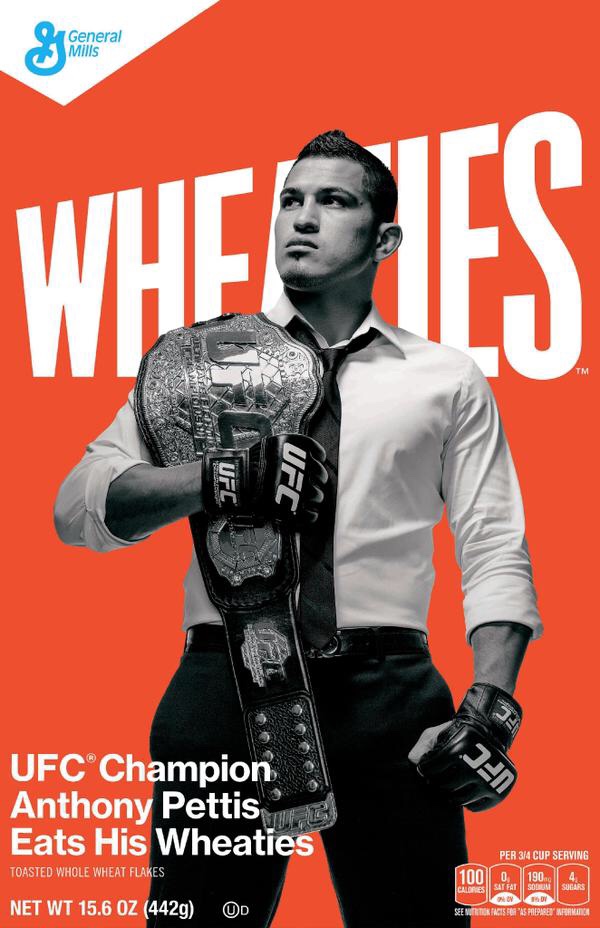 Pettis continues, “I truly do believe Nate is a fan. I do respect Nate, don’t get it twisted. I believe he’s a warrior. I just don’t agree with the things he does outside of the cage. If you wanna fight me sign the contract and lets handle it like men in the octagon.” We have ourselves a fight on our hands. There is no love lost between Anthony Pettis and Nate Diaz. UFC 241 is well on it’s way. It can’t get here quick enough.

Learning From Past Mistakes

Anthony Pettis has been chasing gold ever since his defeat by Rafael dos Anjos. While Pettis feels he earned it, which he did, Pettis feels his next title reign will be different. “I believe everything happens for a reason,” says Pettis. “I got it so quick and didn’t appreciate what I had. I believe I earned it but didn’t know what I had. I’m pissed at myself and l want to get it back.”