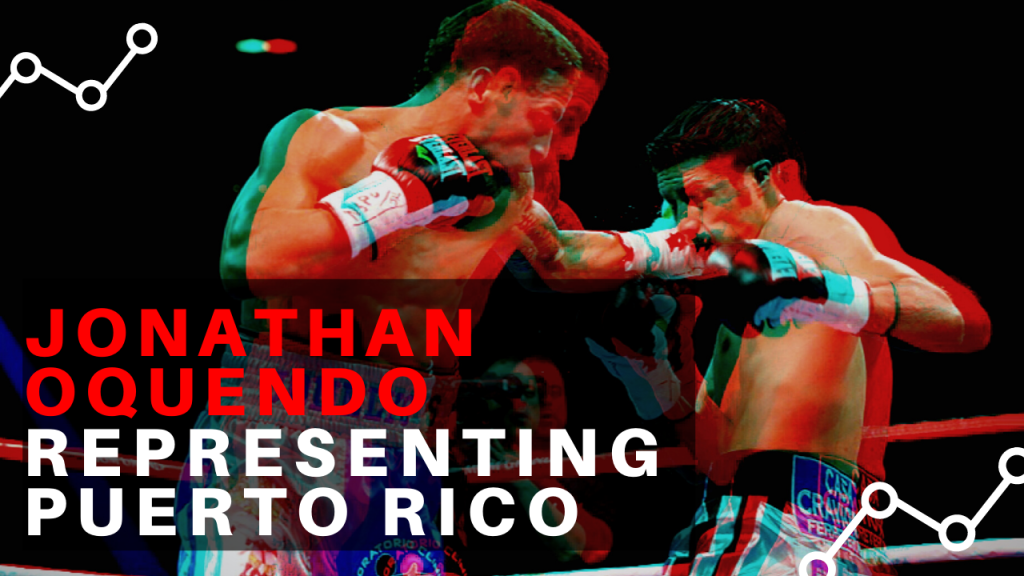 Taking another shot at a World Title, Jonathan Oquendo has a tough test ahead of him. He takes on Jamel Herring at the MGM Grand on September 5th. In the toughest test of his career, Oquendo is looking to add the first World Title to his resume after dropping his first bid at the WBA World Featherweight Title in 2015.

Oquendo has always had fighting in his blood. Ever since he was a kid, he was involved in fights, wether it be at school or out and about. It was a friend that saw this and got Jonathan Oquendo to channel that aggression to boxing.

“I got involved in boxing through a friend. He saw that I liked to fight at school and in the neighborhood where I grew up. Then, he invited me once to the gym and from there I knew what I wanted the most at just 11 years old.”

Oquendo is a bit of an outdoorsman. When he’s not boxing, he still leads an active lifestyle. But when it is time to work, Oquendo gets down to business.

“My time outside boxing is animals right now. I also like to go on a motorboat ride as a family, go to the mountains to run 4track and run on the beach in my free time. But when I go to fight I just I stay at home for two months until the fight is over and I entertain myself with the animals on my farm.”

Jonathan Oquendo and The Pandemic

As with every other fighter, the COVID-19 pandemic has affected everyone different. Having to train different is the reality of many fighters and athletes. With boxing and all of combat sports being so close contact and reliant upon that, teams have had to rethink their approach to how camps work. Jonathan Oquendo has done his part in minimizing the spread of the virus and only does what is absolutely necessary for his family.

“The pandemic has affected everyone, but I am a family boy. I spend with my loved ones at home and I only go out to do necessary things such as going to the gym, going shopping, doing other necessary things.”

That hasn’t stopped Oquendo from preparing to the maximum for the biggest fight of his career. While he takes on Jamel Herring soon, he feels his camp hasn’t suffered in the pandemic and feels completely ready for the championship fight.

“The preparation has been great, I encourage a lot of training routine. Everything is ready for whatever Herring brings.”

Oquendo hails from Puerto Rico and the opportunity to represent his country on such a large stage is something he’s not overlooked. He is looking forward to the chance to being the belt home to his island and give his people a glimmer of hope.

“It has been fantastic. I’m really wanting to show that I have to win and to represent my island in such a bad time. At the same time it will be great to win and come with the title to my island.”

The world title is everything Jonathan Oquendo desires. He wants the fight for not just the money but for his family. He says, “Well, I want to have the world title in my hands and fight with the big names to give my family what they deserve.”

The boxing world has been buzzing, weather it be good or bad, about the return of Mike Tyson and Roy Jones Jr. The two were scheduled to have an 8 round exhibition in September but was rescheduled to November instead.

Both fighters are absolute legends of the sport but it’s Mike Tyson who captivated the sport both in and out the ring. He was aggressive and mean. Being so involved with his animals, I asked Oquendo what animal reminds him of Tyson. “I think a tiger,” he says.

He goes on to talk about that while it is awesome to see Mike Tyson and Roy Jones Jr. back in the ring, it’s not as simple as that for the two older guys.

“It’s been great but health is important. Mike Tyson is a legend, but if it feels good to do so, fine.”