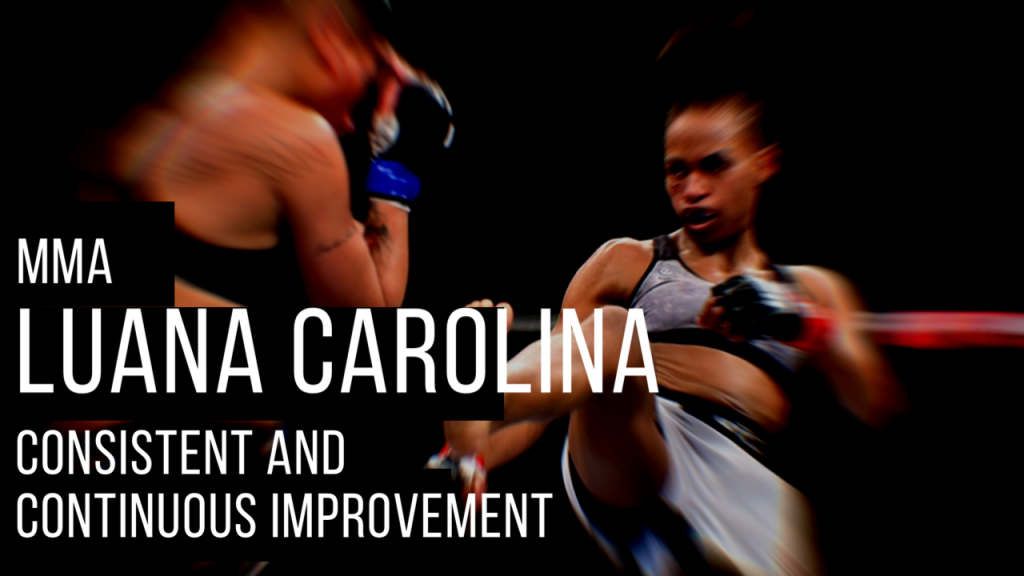 The UFC is getting ready to show the world Fight Island and to host a slew of events on the newly minted “island.” On the second UFC Fight Island card, Luana Carolina is set to make her second trip to the octagon in the UFC. Her first win was an impressive battle with the ever-durable Priscila Cachoeira.

Carolina took her first fight on two days notice. She had been prepared for a fight and took the opportunity given. Her first fight didn’t go her way, but ever since then, it’s been smooth sailing. Now six wins in a row, she’s finding her stride in the UFC.

“My first MMA fight I accepted two days in advance. I already trained, I already wanted to fight, I was on a diet, but something always happened and my fight fell. There was a fight of mine that fell on the day, I was already at weight and fell. So when this one appeared I said I was going to fight and I fought. It was a tough fight, hard, it had everything in the fight. After this fight in which he had everything, falling, standing fight, almost finishing, cut in the face. I said, “Let’s continue!”

Outside of fighting, Luana Carolina is quite crafty. She says she enjoys making bread and candy in her free time when she is not training.

Luana Carolina has been working on her game. “I’ve improved my Jiu Jitsu and I improved my MMA.” Being in the most elite fighting organization in the world, constant improvement is mandatory to staying on top of the competition. Carolina is a very good Muay Thai fighter, so her and her team have been working on other areas.

“Dread” is ready to get back to fighting. With the fight being on Fight Island, she’s really excited to be part of such a unique card. She says, “I’m really excited for this fight and what fighter wouldn’t like to fight on the island, right?”

The fight with Ariane Lipski at UFC Fight Island 2 has been scheduled three times now. The first was canceled due to the COVID-19 pandemic. The second was much of the same except Carolina could travel due to visa restrictions due to the pandemic. Regardless, Carolina didn’t stress. She’s training and training hard. “It affected me how it is affecting everyone. I didn’t stop training, it just slowed down a little bit. When I announced the return, I already went back to the heavier training with all possible care.”

Ariane Lipski is a well rounded fighter. She has wins by both knockout and submission. Carolina is ready for anything and is putting emphasis on the “mixed” part of “mixed martial arts.” “I’m going to fight MMA, either standing or on the ground. I’m getting ready for any situation.”

With the fight with Lipski being attempted to be made since May, Luana Carolina has benefitted from extra time to train. Carolina points out that while she has trained extra, so has Lipski and the fight will not be an easy one. “Training and perfecting is always good. But she is a great athlete and I am sure she is preparing a lot too.”

Carolina is still working on staking her claim in the women’s flyweight division. She’s only 26 and still improving as a martial artist. Follow Luana Carolina on Instagram and Facebook to follow her journey through the UFC.