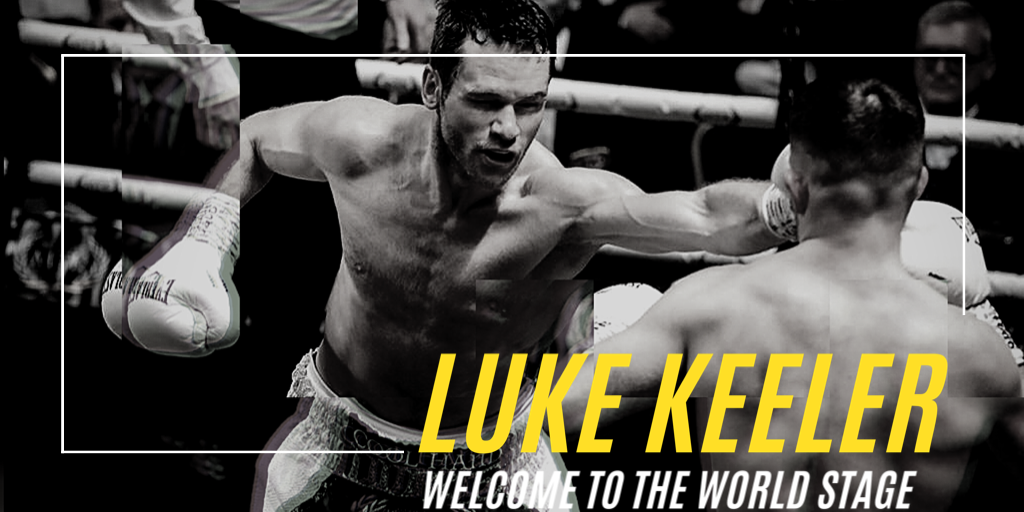 We’ve talked with Luke Keeler before. Right after his last win, Keeler said he wanted to fight the top names. Well, now he’s getting that chance. He takes on Demetrius Andrade with the WBO World Middleweight title on the line on January 30th.

“It’s a dream come through,” says the Irishman. “It’s always something I’ve dreamed and visualized since I’ve started boxing.”

Andrade is an incredibly talented fighter. With no real weaknesses, Keeler’s camp is on an entire new level. He is bringing a new intensity to this camp and is trying to make all the changes to become a world champion.

“It’s feels kinda surreal actually happening. It’s only since I committed fully [and] went full time the last year that I’ve developed the belief needed to reach and win at this level.”

Keeler is training with southpaws to prepare for Andrade’s new look. He brought in Pete Taylor who has been training with him and touting his skills for some time. Like Keeler is planning on bringing a airtight game plan to his first world title match. “I’ll be sparring world class southpaws organized for camp. [Then] a world class coach in Pete Taylor who is drilling in tactics and game plan in order to win.”

Back in August, Luke Keeler stated he had a call from Conor McGregor yelling at him and challenging him to a boxing match. After several reports that the fight was in the works, it never came to fruition. While nothing came of it, Keeler is still open to a boxing match with McGregor.

“There was just talk over a phone, a shouting match. Far fetched, I know, but his bout with Mayweather would’ve been further fetched so you never know.”

Demetrius Andrade has had a hard time finding opponents. Having fought last June, Andrade has his first fight in six months. Keeler believes it’s simply destiny and timing at work for his title shot.

“[It] seems that way,” Keeler says of his world title shot being destiny. “I genuinely feel timing etcetera is perfect. He will overlook me, speaking of future fights, and pay the price on the night.”

On top of fighting for the WBO World Middleweight title, Luke Keeler is having the fight in Miami, Florida. With such a culture in the legendary city, Keeler plans on just enjoying his moment in the city and plans on making the most of it.

“No plans but I intend to soak up and enjoy the occasion very few fighters get; to fight for a world title. So I’ll make most of time there.”

Deontay Wilder and Tyson Fury are set for their epic rematch on February 22, less than a month away from Keeler’s title shot. The first fight ended up in a controversial draw and now, the two, as the promos state, have unfinished business. I asked Luke Keeler to predict that fight.

“[I] Have to go with Fury. [He’ll] out box him again with a clear points win this time. But Wilder has freakish power in his right so points win [for Tyson Fury] or a Wilder KO.”

Luke Keeler is getting ready to have the biggest boxing march of his life this weekend. We wish him all the best luck. Make sure to follow him on Instagram, Twitter and Facebook to keep up with his boxing journey.