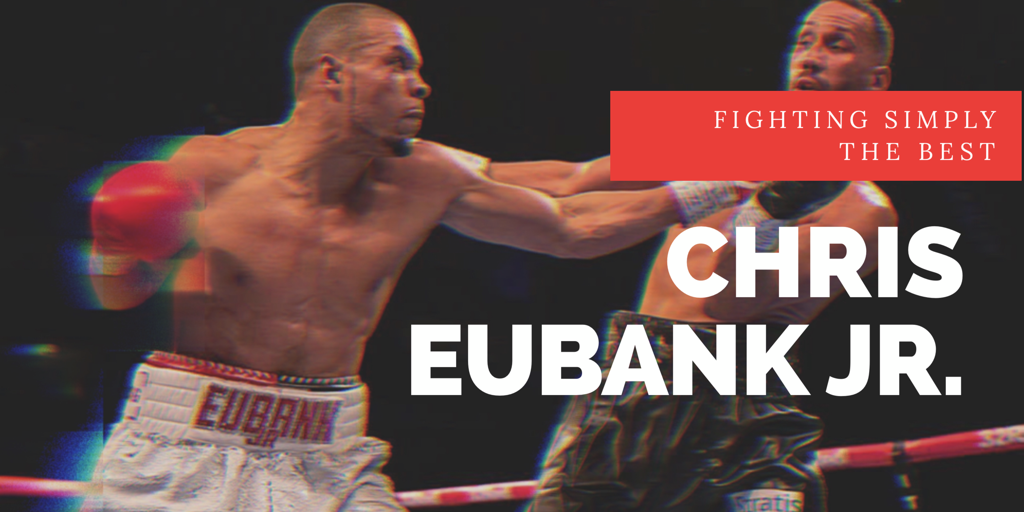 Chris Eubank Jr. is mapping out plans for a ring-return after beating James DeGale last February. The 29-year-old super middleweight, who also fights at middleweight, dispatched his opponent with little trouble at the start of the year, dropping him to the canvas twice before settling the bout with a point decision.

Eubank has enjoyed the riches of boxing but has been constantly criticised for his inability to step up when the time is right. Eubank Jr, however, can be proud of the career he has forged so far. Between 2015 and 2016, the Brighton boxer held the WBA interim and British middleweight titles, going on to earn IBO super-middleweight title. After beating DeGale, Eubank Jr emerged from his father’s overbearing shadow and irrevocably set his career on an upward curve.

Eubank Jr ended the 2008 Olympic gold medallist’s career at the start of the year and has been searching for a viable opponent since February to blow away the boxing cobwebs. Who is a potential opponent for the Brighton born brawler and what direction can Jr take to try to emulate his father’s impressive boxing achievements?

This super-middleweight showdown between Jr and Ryder has been slowly bubbling on the boxing stove and the rumoured fight was at the end of September on ITV Box Office. This date might seem a little optimistic, but Ryder has claimed all his lose ends are tied up and he is ready to sign on the dotted line.

Ryder is a hard-hitting southpaw, who is promoted by Matchroom and has built an impressive resume in the shadows of boxing. The Eubank family name carries some weight, like it or not, Chris has established himself as a ppvattraction and has had some blockbuster fights in his career, Groves, DeGale and Billy Joe Saunders to name a few. If this showdown materialises, there might be some fans not willing to pay for the pay-per-view platform.

Eubank Jr has long argued that he possesses the tools to go toe-to-toe with arguably the best pound-for-pound fighter on the planet. Golovkin, 37, has not entertained Jr’s calls of supposable ‘insanity’ over the past years, and has focused on nurturing his own talent against fighters who he believes are up to the challenge.

Gennady Golvokin has booked himself a blockbuster showdown with Sergiy Derevyanchenko on Oct 5 — which will preoccupy the Kazakhstani for the time being. The anchor weighing down Triple G will be his age — Eubank Jr will have to tighten his laces quickly if he is ever going to get his dream-fight with Golovkin.

Billy Joe Saunders has jumped ship and signed a multi-fight promotional deal with Eddie Hearn’s Matchroom Boxing. Saunders — very-well aware of his new promoter and adversary in the division — has set Eubank the perfect platform for a dish best served cold, revenge. The Brighton-born fighter will be gunning for this rematch and will want to plant leather on skin in an eagerly awaited second contest.

After Eubank restored a significant amount of pride in his comfortable triumph over bitter foe, James DeGale, earlier in the year, he catapulted his name into the fight deck and will jump at the chance for a rematch with Saunders. The outspoken traveller, who beat Eubank in 2014 on points, has stepped up and joined the Hearn stable after parting company with Frank Warren. The Hertfordshire southpaw’s decision moves him closer to the likes of Golovkin, Smith and Eubank Jr. If Brighton’s 29-year-old Eubank ruffles the traveller’s feathers enough, we are sure to see this rematch unfold in emphatic fashion.

Alvarez’ fight schedule seems to be mounting and his next reported showdown is with Sergey Kovalev on November 2. Canelo is prime-time fighting material for Eubank, but he is going to have to get in line, because the Mexican has been linked with Saunders and a third final fight with GGG.

Alvarez cemented his top-dog status into the middleweight division by inflicting Golovkin his first defeat in September 2018. That blotch on GGG’s perfect fight-card shows that the Mexican is a lynchpin in the weight division, after toppling the Kazakhstani giant. Alvarez still has half a decade of dominance left in his system, and if Eubank Jr can play his fight cards right, he might find himself in the ring with the Mexican warrior.

Jr will be eager to dust off his gloves after his galvanising performance against DeGale at the start of the year, and by the looks of it is not short of opponents. In light of the majority of household names in the Matchroom Boxing stables, Eubank will have a surplus of choice — if he behaves himself pre-contract.

Here are some highlights of Eubank Jr. vs DeGale: